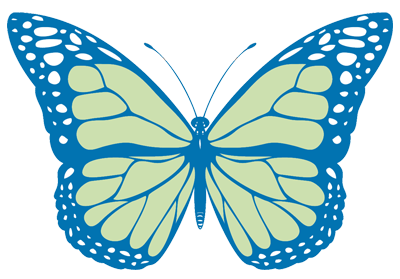 Overheard a joke between a couple of 12-year-olds.

Q. What does ADHD stand for?
A. It stands for attention deficit — oh, look: a butterfly!

I couldn’t help myself to chuckle. Serious matter, unexpected outcome. Having grown up in the East Village, I’m used to one-liners.

Kids with special needs might chuckle, too, but not for long. Their parents won’t, either. I’m more than familiar with these situations — both first-hand and through my patients. One of my nephews has similar special needs and took a different path than medication. He was adjusted and followed a strict diet — and his parents would attest to the positive effects of both. We called on our friends at Genova Diagnostic for a nutritional assessments and they helped us devise a precise program based on the child’s unique biochemistry.

As a chiropractor, our expertise lies not in diagnosing ADHD — or other such neurological conditions — but optimal spinal alignment. And the chiropractic path to wellness is always drug-free.

Dr. Davy Rigsby, a chiropractor in Jacksonville, Florida, is telling people about one of his patients with ADHD. He was recently interviewed by Jo Anne Embleton of the Jacksonville Daily Progress. Here’s an excerpt from that story…

Hearing LaDawn Clevenger describe her daughter’s early days dealing with ADHD is at odds with the sounds of a little girl happily chattering and playing in the background during a recent phone conversation.

Carissa, who was prescribed medication that left her “zombified” during the days and unable to sleep at night, was on her third round of meds when the Clevengers decided to pursue chiropractic therapy to help alleviate the ADHD symptoms.

And that, her mother said, made all the difference in the youngster’s life.

Before, “she would sit and stare, and it was even worse with her socialization,” Clevenger said, recalling the mornings she would fight her daughter to take her medicine so that Carissa would be calm enough to attend school.

“It was really hard, doing that every morning. And now, she’s a totally different kid.”

Carissa’s chiropractor describes the vivacious 10-year-old as “one of our rock stars” for the strides she’s made as a result of therapy.

“She was our severest case,” said Dr. Davy Rigsby, a family wellness chiropractor based in Jacksonville whose patients are 50 percent children.

Describing chiropractic therapy as a drug-free alternative practice that originated in 1895, Rigsby said treatment focuses on the central nervous system, which is housed inside a person’s spine.

“When it’s out of alignment, it causes those stress signals” that trigger the sympathetic response – or the “gas pedal” – of the central nervous system, Rigsby said.

In a child, that sometimes manifests in behavior that is diagnosed by a psychologist or psychiatrist as a form of attention deficit disorder.

A chiropractor does not make such diagnoses nor does he prescribe medicine to treat patients, Rigsby said. Instead, a chiropractor offers diagnostic testing of the nervous system to detect how well it operates, and treats patients with spinal adjustments that help increase nerve productivity.

Picking up a sheet with computerized results of Carissa’s baseline diagnostic testing, done in October 2012, he pointed out bars that are along either side of an image of a spine.

While the variety of color broke up the grey image, “white is what we want to see here.

“Green’s bad, blue is worse, red is severe and black would be off the chart. Carissa was diagnosed with ADHD before she came in here, with vestibular disorder, sensory processing and was having lots of trouble with reading and speech, and was not on her grade-level at school,” he recalled.

However, through a series of spinal adjustments, the little girl’s behavior began to change, and people took notice.

“Everybody’s really noticed the difference, and asks what’s made her change. And we say it’s Dr. Rigsby,” Clevenger said, noting that her daughter is no longer on ADHD medications, nor must submit regular bloodwork to ensure her vital organs weren’t being damaged by the medicine.

In our twenty years on East 7th Street, we’ve had similar case with remarkable results. If you think your little butterfly has ADHD, please go drug-free first and call the office to schedule an appointment: 212-260-2213.

We’ll introduce our care to you and your child clearly, confidently and thoroughly — educating you on the steps we plan to take and what we hope to achieve.